In 2016, Germany is once again number one in the world for successful hip operations. Dr. Thomas Demhartner of http://www.huefte.de in Munich and Traunstein has been performing operations for hip joint patients from all over the world for fifteen years.

His skill and expertise in the field of hip surgery has been demonstrated successfully in more than 6,000 operations. For the last ten years, Dr. Demhartner has also had significant involvement in the development of innovative surgical methods. 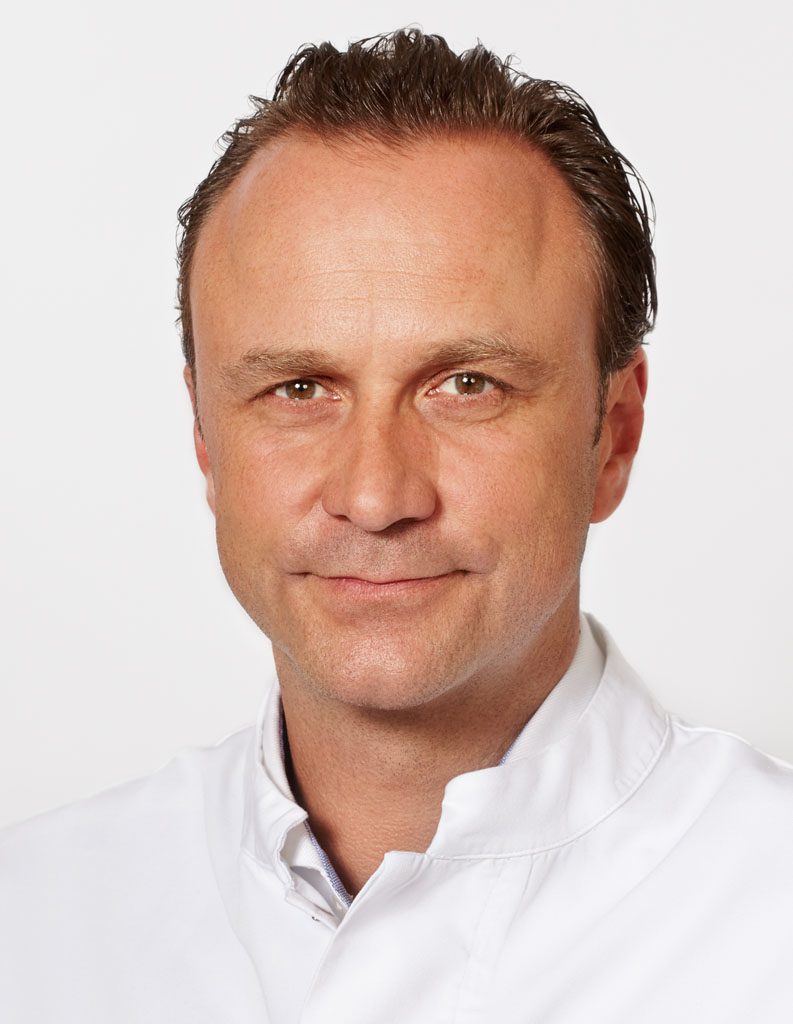 Dr. Demhartner’s goal is to approach the hip joint in a way that minimises the stress impact on the surrounding soft tissue – while also significantly shortening the operating time.

Dr. Demhartner’s procedure for hip operations – performed exclusively with the anterior approach – is as follows:

The opening takes the form of a skin incision and the approach presents no injury to either muscles or – most importantly – tendons, which are absolutely essential for the functionality of the hip. A wound protection ring provides an optimum overview of the operating area while protecting the edges of the wound. Preparations for removal of the femoral head are completed by placing special hooks around the femoral neck.

A 3D print of the original hip socket is provided by Corin Company (Corin OPS™), partner in the field of endoprosthetics and a specialist company in innovative implant technology. A tripod is fitted into the 3D print (Corin OPS™) which is placed 1:1 in the original hip socket and which monitors the cutting and impacting procedures; the laser markings allow the patient to benefit from a hip socket position that is optimum for him. A ceramic-polyethylene-inlay is subsequently placed in the bottom of the hip socket.

This is followed by the stem preparation. Irrespective of whether a so-called short stem is inserted or a straight or long stem or perhaps even a loose stem is to be removed via this approach point and another hip stem put in position – all three options remain open using the anterior approach method. In other words, an essential benefit for the patient is that around 1.5 cm – 2 cm of healthy bone is preserved in the initial primary surgery. In the event that the stem becomes loosened after 15, 20 or even 25 years, the short stem can be removed and replaced by a so-called straight stem. This benefit is of major importance to the patient, because it means that the first replacement surgery has in fact become primary surgery, and is therefore not as complex as that necessitated with old straight stems.

Once the hip joint has been adjusted and the original femoral head has been knocked into place, the mobility test is performed again. It is checked in all positions to ascertain whether the joint is stable.

Regarding the question of what patients have to bear in mind following a hip operation with an anterior approach – actually there is nothing special they need to take into consideration, except that they should not cross their legs in the first three months and they should place a thick cushion between their knees when sleeping on the side not operated on. Otherwise there are no restrictions involved with the anterior approach.

Another decisive advantage of the anterior approach technique is the very short operating time – the duration is between 30 and 35 minutes. By then, the skin is already closed, there is little anaesthetic consumption, only a small amount of bleeding and a manageable trauma to the joint. The patient can already leave the hospital on crutches (under-arm walking aids) after three or four days.